You might use water in one way or another on any given day. It is safe to consume, bathe in, and cook with. Water is a resource that is used daily all over the world. What sort of water should you use, though? The distinctions between distilled water and deionized water will be covered in this blog post. Read on to discover more!

1. What is Distilled Water

Have you ever wondered what distilled water is? Distilled water is water that has been heated to its boiling point, causing any impurities to evaporate. The resulting vapor is then condensed back into a liquid, leaving behind any contaminants. This process of distillation can be used to produce drinking water, as well as water for other purposes.

Water that has been distilled is completely free of contaminants and minerals, making it ideal for use in medical settings or by people with sensitive skin or allergies. Furthermore, because of its purity, distilled water can be stored for an extended period of time, ensuring safe water for use. 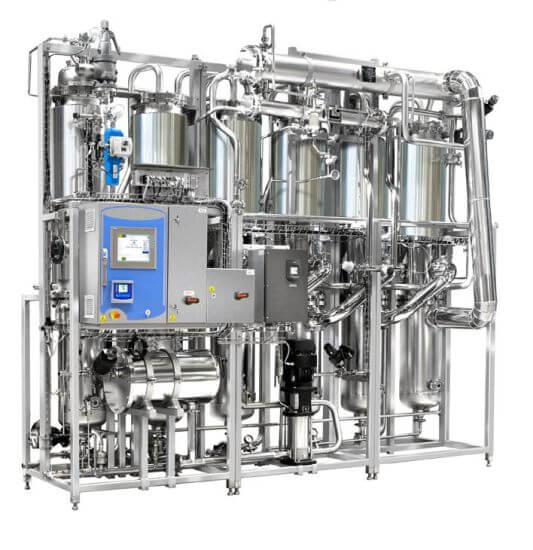 Due to the absence of dissolved minerals, distilled water is frequently utilized in steam irons and other equipment where mineral buildup might be problematic. Given that the distillation process removes some minerals from water, it is desirable to add mineral supplements to produce drinkable and healthful drinking water.

As a result of the distillation process, only the purest water molecules—and any impurities or contaminants—come to the surface of the boiling water as vapor. Components removed from water during the distillation process can include minerals, chemicals, and other pollutants. To keep the accuracy of their research observations, the majority of medical facilities and testing facilities need to practice strict sanitation. For this, water with a high level of purity, like distilled water, is frequently used. It is also popular for drinking and cooking, as it can improve the taste of food and beverages.

Certain water components extracted during the distillation method are:

2. What is Deionized Water? 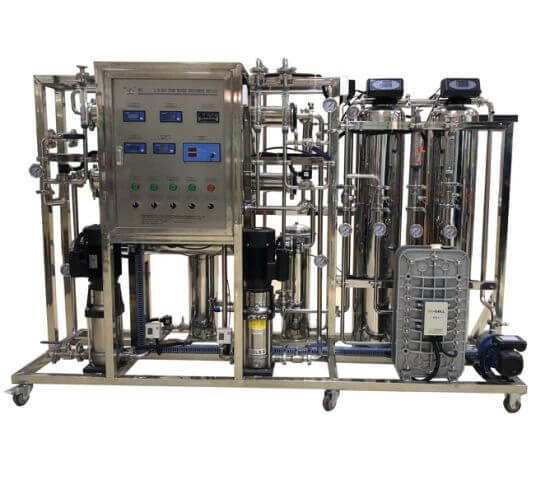 Most commercial and manufacturing industry uses DI water to avoid the potential of sediment build-up that could affect the longevity of their equipment. Additionally, because DI water does not conduct electricity, it can be used safely in electrical applications.

There are a few different ways to deionize water, but the most common method is using an ion-exchange process. This process involves exchanging the ions in the water with ions from a resin. The resin is then able to remove the minerals and salts from the water, leaving behind pure water.

Deionized water is an extremely versatile substance and has a wide variety of uses. Some of the most common uses for DI water include:

If you intend to use deionized water, there are a few things to consider.

How does Deionization Work?

By running water through a deionization resin, minerals and other contaminants, including ionic compounds, are removed. It can also be used to remove salt from seawater or brackish water, making it appropriate for industrial or agricultural applications. The charged beads in the resin attract and bind to the ions in the water. Once the ions are attached to the beads, they can be extracted from the water via a regeneration process. The beads are regenerated by flushing them with chemicals that remove the ions. The deionized water is subsequently filtered to remove any leftover contaminants.

The types of deionization:

Electrodialysis uses an electric current to separate ions from water, while ion exchange uses chemical reactions to swap ions between the water and an ion-exchange resin. Both methods are effective at removing dissolved ions from water, but each has its own advantages and disadvantages. 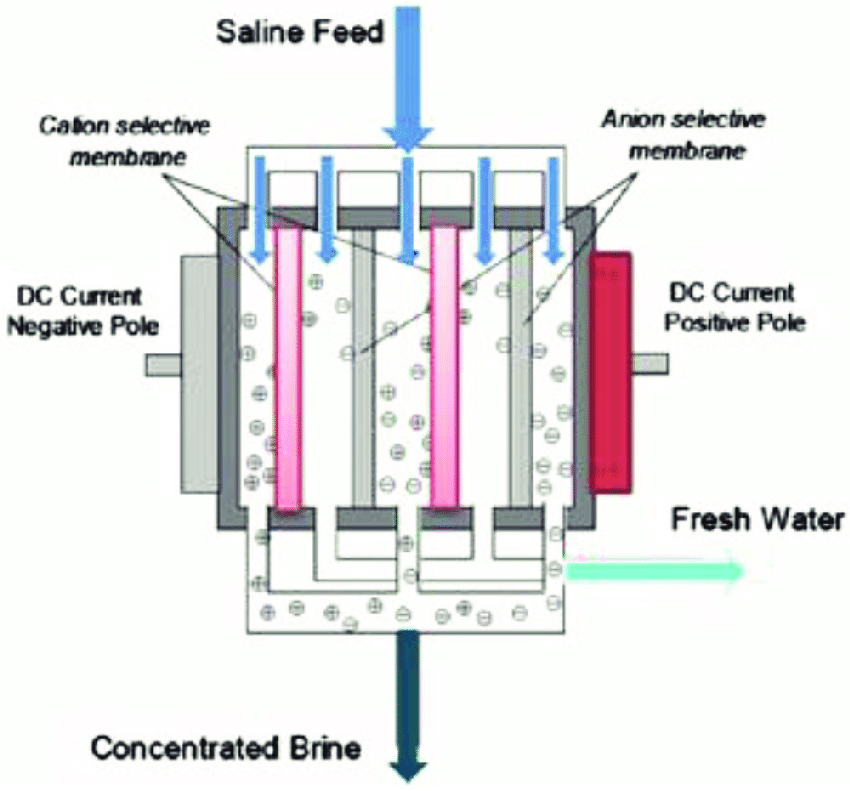 Electrodialysis is typically used to deionize large volumes of water, such as seawater or brackish water. This method is very effective at removing dissolved ions but is also expensive and requires a lot of energy to operate. Ion exchange is typically used to deionize smaller volumes of water, such as drinking water. This method is less expensive and uses less energy than electrodialysis, but it is not as effective at removing dissolved ions. 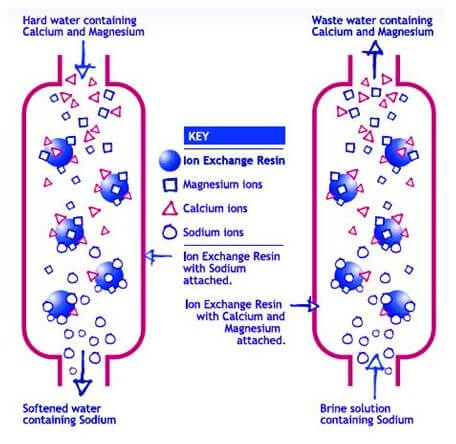 Deionization can be used to purify both fresh water and salt water. This process is important for making safe drinking water, but it also has many other applications in industry and agriculture. Deionization can be used to remove minerals from boiler feedwater, make ultrapure water for electronics manufacturing, and purify water for agricultural use. This process is also used in the desalination of seawater, which is a process that converts salt water into fresh water.

Deionized water is water that has been stripped of its mineral ions, resulting in pure H2O. The deionization process removes positively and negatively charged ions from water using ion-exchange resins, making it suitable for a number of applications. In the medical industry, DI water is used to achieve successful and accurate results. 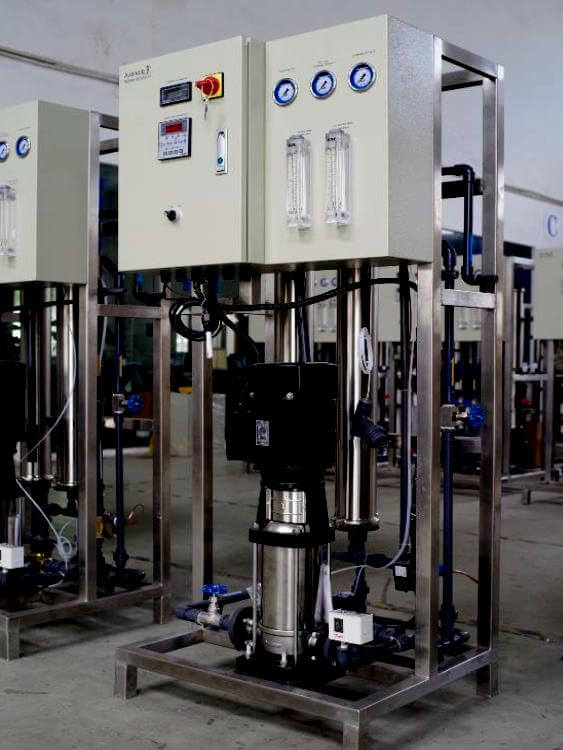 Common advantages of DI Water are:

Due to DI water’s purity level, it is the most preferred by many industries because of common water impurities elimination avoiding sediment build-up and corrosion to equipment, food, and beverage contamination, etc.

Minerals in water cause corrosion on metal-based machines and equipment. DI water has been purified, leaving no trace of impurities in the water.

Deionization is a more convenient and faster method of producing distilled water than other water treatment methods.

Distilled water removes impurities such as heavy metals, minerals, and organic and inorganic compounds through the successful boiling and evaporation method. Most places that do not have access to treated water, typically those near the sea, use a distillation process to generate potable drinking water from the sea. 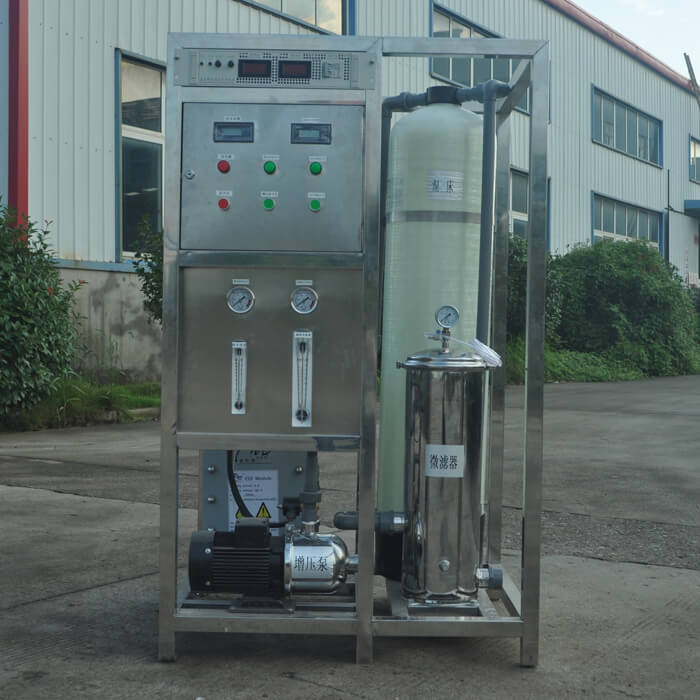 Common advantages of Distilled Water are:

Water is an essential part of our bodies because it has numerous benefits for cleansing our systems. Drinking distilled water is beneficial because it contains no harmful chemicals.

Waterborne pathogens are removed during the distillation process, making them safe to drink and use.

Distilled water is expected to eliminate all harmful chemicals, which is why it has been proven safe for consumption in residential and commercial settings.

From this article, we can say both are effective at removing contaminants from your water supply. Deionized water goes through a less thorough purification process than distillation, so distilled water has fewer dissolved minerals while deionized water is created by running pressurized tap or well water through an ion-exchange resin, which removes all the ions (positively and negatively charged particles).

If you have a water treatment system that needs deionized or distilled water, NEWater can do it to your satisfaction. We have been specializing in the research and development of water treatment technology for 20 years.

Depending on your needs, we offer a variety of water treatment systems. Customizing your water filtration system will be easier with the help of our qualified engineering team. Call us today at +86 188-5290-6888.