Coastal regions across the globe are continually becoming densely populated consequently worsening the already severe freshwater scarcity. This has in turn inspired the exploitation of secondary freshwater supply lines such as seawater desalination. At present, 97% of the globe’s water consists of seawater, and thanks to modern-day technologies, it is possible to efficiently and economically convert saline water into fresh water. 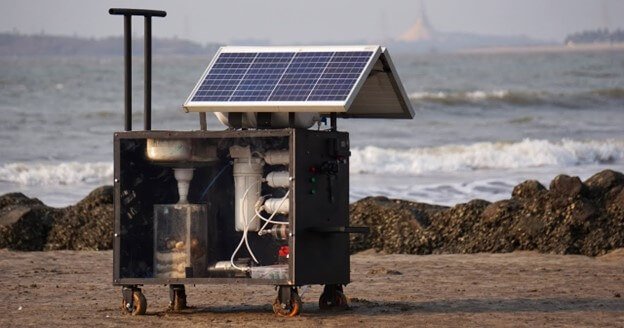 The Importance of Having Solar Desalination Equipment.

If your primary source of water is ocean water, well water, or salty lake water, and you live in an off-grid region, then you probably need a customized solar desalination system. Consuming water with excessive amounts of dissolved salts can cause acute health problems hence the World Health Organization (WHO) recommends that quality drinking water should have a maximum salinity of 600 mg/L.

Fresh water is a day-to-day necessity in virtually all homes, businesses, and industries. Solar desalination machines effectively convert salty water into potable water by shrinking salinity levels to below 1000ppm. They utilize solar energy to drive the desalination process, either using semi-permeable membranes or evaporators. Effective solar-powered desalinators also eradicate other objectionable impurities including toxins, organic chemicals, suspended solids, and microbes among others.

If your residence’s water supply exhibits high salinity levels, you might be forced to buy bottled drinking water, which can be pretty expensive. However, with a high-level solar-powered water filter, you can easily and economically generate high-quality potable water. The Business insider estimates that a gallon of bottled water costs approximately $1.22 and this is way more expensive than a gallon of filtered water, whose price ranges from $ 0.10-$0.20.

Installing a fully-functional solar water cleaning system guarantees an unconstrained supply of fresh water, which is friendly to electrical appliances, plumbing fixtures, and metals. This prevents the pre-mature breakdown of valuable fixtures and ultimately extends their respective lifespans.

How To Optimally Utilize Your Solar Desalination System.

Acquiring a state-of-the-art solar desalination device at the moment is relatively easy. However, getting the absolute best from the unit necessitates proper maintenance. To optimally capitalize on your solar desalination system, you must understand; 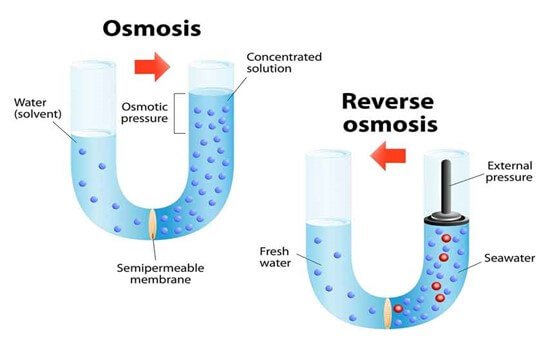 Thermal distillation is commonly referred to as thermal desalination and it greatly resembles the organic hydrological cycle. This process simply involves evaporation and condensation. The salty water is essentially heated using a solar-powered heating source until evaporation occurs.

Freshwater turns into vapor leaving behind a residue of dissolved salts referred to as brine. The vapor is then funneled into the condenser, where it is chilled, consequently turning into liquid water, devoid of objectionable impurities.

Solar-powered RO water makers utilize solar energy indirectly. As such, they consist of a standalone solar unit connected to the RO device. The solar unit consists of a solar collector which absorbs sun rays, photovoltaics that turn the solar energy into electrical energy, and high-capacity batteries, which reserve the generated power.

High-pressure pumps are mandatory in reverse osmosis desalination. The high-pressure pumps used in solar RO systems are powered by solar energy and they elevate the pressure levels on the feed water. This reverses the natural osmotic pressure, consequently forcing water to flow from the highly concentrated region (salty water side) to the lowly concentrated region (freshwater side).

The reverse osmosis membrane filter is the primary filtration medium in solar RO desalinators. It is a partially-porous membrane that selectively grants passage to water molecules while blocking the passage of objectionable constituents. Typical RO membranes have an average pore size of 0.0001 microns. Other essential components include: 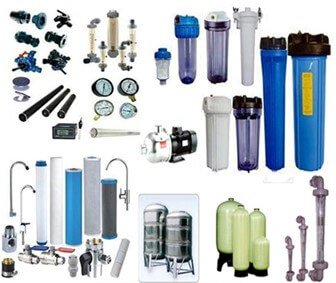 Solar-powered desalination units are like typical machinery; they necessitate periodic maintenance to function smoothly, optimally, and perennially. Each unit comes with a detailed and easily comprehendible user manual, which elaborates all the necessary maintenance practices.

A proactive approach simply calls upon one to undertake the necessary maintenance practices before system glitches are realized. Our technicians recommend this type of approach as it;

Maintenance undertaken reactively is initiated once system glitches are detected and there is a tangible effect on the quality of the output. For instance, once a dip in desalinated water quality is detected. This approach can be costly and it is highly discouraged by experts. 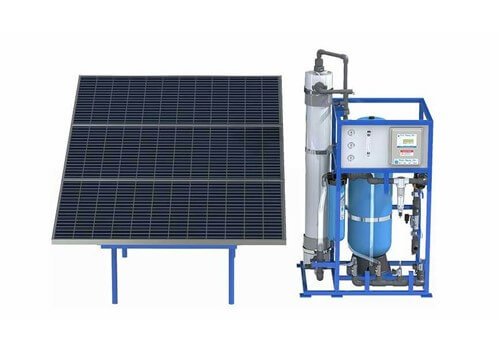 Having an effective, feasible, and comprehensive pre-treatment unit is a proactive way of looking after your solar desalination unit. Pretreatment filters typically eliminate aggressive pollutants such as sand and debris, which can clog membrane pores and ultimately tear down the RO membrane filters.

• Backwashing the membranes and filters.

Over time, pollutants accumulate on the surfaces of your RO membrane and pre-treatment filters. This can lead to clogged filters and membrane pores, which consequently leads to lower desalination rates and lower service flow rates. Thoroughly cleaning the membranes chucks out the seized pollutants thereby maintaining the optimal functioning of your solar-powered water filter.

Even the most premium membranes and filters are prone to burnout. High-quality RO membranes have a projected lifespan of 3-7 years depending on the quality of the inlet water.  Replacing the membranes once burnout is detected ensures that your solar desalination unit retains its optimum performance levels. You can easily access first-grade parts and components at a pocket-friendly rate by visiting NEWater.com. 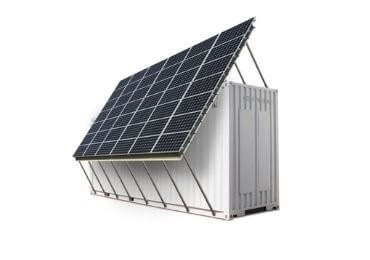 Procuring and installing a first-rate solar desalination system does not guarantee a lifetime supply of high-grade potable water. One needs to proactively and routinely look after the system to mitigate acute malfunctions, which can result in uninspiring outputs. Borrowing a leaf or two from the aforementioned tips and tricks increases the chances of your solar desalinator operating optimally over extended timelines. For clarity, more information, or professional advice, get in touch with our auspicious and welcoming solar desalination experts.