Municipal water is known to many people as tap water. Around the world, water is supplied to industries and households through the use of a large number of underground pipes. Considering the complexity of underground pipes and the hidden problems of raw water quality, water quality cannot be guaranteed if it is delivered directly through pipes. Moreover, as time passes, the pipes will adhere to dirt, further affecting water quality.

The reverse osmosis system developed by NEWater can not only purify raw water and ensure the quality of incoming water but also treat municipal wastewater and realize recycled water recycling. It saves cost and protects the ecological environment at the same time. 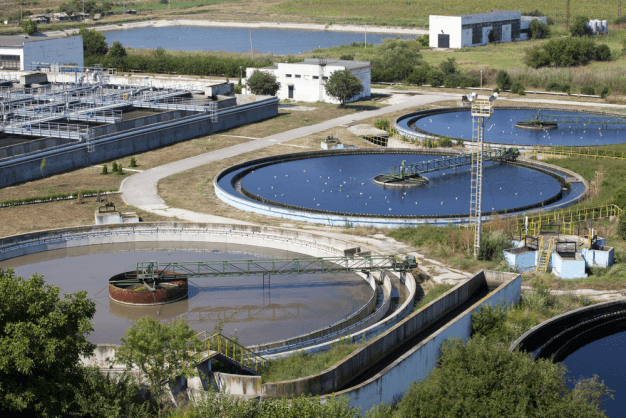 The traditional municipal water supply treatment equipment is relatively old, and the treatment process is backward, resulting in that the water still contains many granular impurities or pathogenic microorganisms with small particle sizes, which can not ensure people’s water safety.

Some water treatments use rapid deposition of chemical materials, but after the settlement is completed. If the sediment is not removed in time, it will also affect the water quality. More chlorine treatment is adopted. The disadvantage is that with the continuous variation of bacteria, this method can no longer ensure that all bacteria in the water are eliminated, which threatens people’s health. 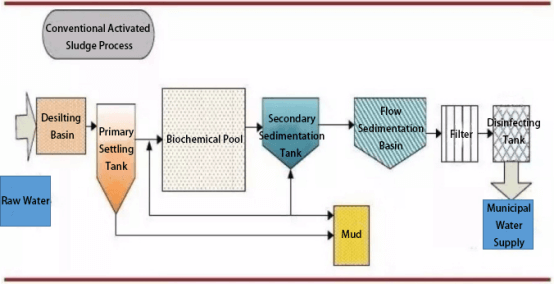 The equipment of reverse osmosis municipal water supply treatment system developed by NEWater company is relatively advanced, which can filter impurities and small particles that cannot be removed by traditional technology. Reverse osmosis desalination technology is recognized as the most effective membrane separation water treatment technology in the world. It is widely used in municipal water supply, seawater desalination, pure water preparation, and other fields. Its main feature is physical desalination. It has the characteristics of a high salt removal rate (up to 97% ~ 98%), stable effluent quality, continuous production, simple operation, high degree of automation, small floor area, and a wide range of applicable water quality. 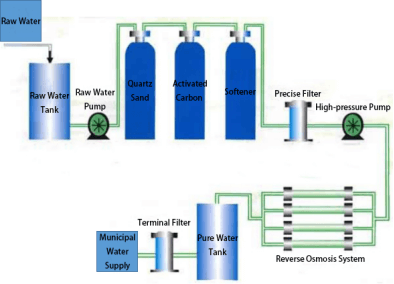 Quartz sand and activated carbon can effectively remove suspended solids, organic matter, microorganisms, and some heavy metals in the water. The role of a softener is to reduce the hardness of raw water and make the water quality meet the inlet requirements of subsequent processes. The filtration density of the precision filter is up to about 0.01um, which can effectively reduce the turbidity of water and further control the growth of microorganisms; Reverse osmosis can remove more than 97% of soluble solids and bacteria in raw water, and the terminal filter can completely filter out all micron pollutants such as bacteria, fungi, and spores. 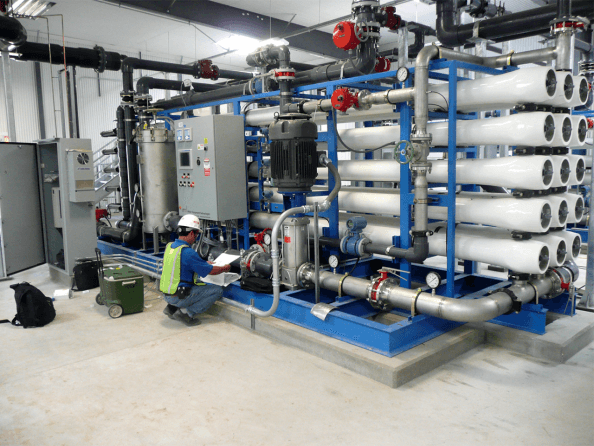 There are many municipal water supply treatment technologies, which need to be comprehensively selected in combination with the actual situation of raw water and municipal water, so as to ensure that people use water more safely and reliably. Throughout, reverse osmosis desalination technology can significantly improve the effectiveness of water treatment, optimize water treatment equipment, and provide a guarantee for the sustainable development of the city.

With the increasing shortage of water resources and the aggravation of water pollution, measures such as water-saving and inter-basin water transfer can not fundamentally solve the crisis of urban water shortage. Municipal sewage is a potential water resource with stable water volume and reliable supply. It comes from residential areas, public buildings, and industrial enterprises. Various pollutants or bacteria are entrained and dissolved in the water. 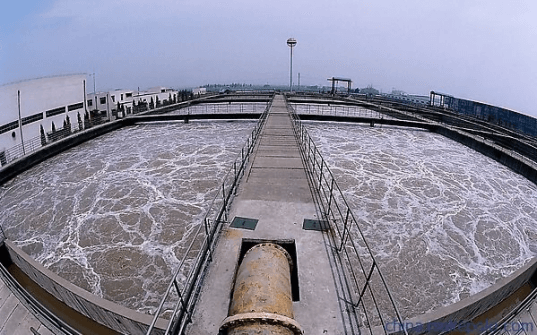 Reclaimed water mainly refers to the nonpotable miscellaneous water that reaches a certain water quality standard after municipal sewage or domestic sewage is treated and can be reused within a certain range. Its water quality is between upper water and lower water. It is a form of effective utilization of water resources. 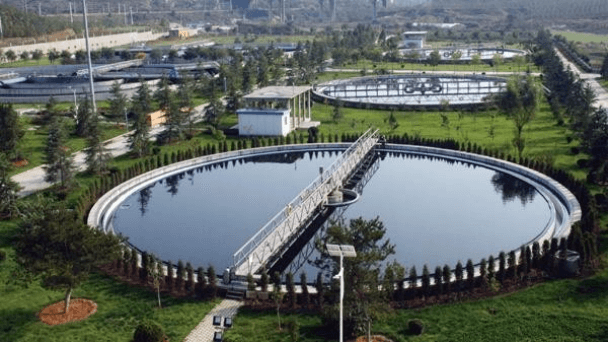 Municipal sewage recycling refers to the whole process of using urban domestic sewage as a renewable water source, reaching the available water quality standard after purification and treatment by the regeneration process, and being utilized through pipeline transportation and on-site use. In order to make full and rational use of limited water resources, many cities begin to pay attention to the recycling of municipal sewage.

At present, the treatment technologies for municipal wastewater reuse mainly include physical and biochemical methods in conventional treatment, activated carbon adsorption, ion exchange, membrane separation, and ozone oxidation in advanced treatment. In particular, reverse osmosis technology in membrane separation is widely used, but ultrafiltration is often used as a pretreatment, which increases the cost of wastewater reuse.

In the implementation plan for developing circular economy, NEWater company has built a set of municipal sewage advanced treatment facilities – regeneration and reuse pipe network with high-efficiency biological oxidation tower reverse osmosis technology as the main process and developed reclaimed water reuse system to realize the recycling of municipal sewage and alleviate the pressure of urban water use. The recovery rate of secondary effluent is 70% ~ 75%, which reduces the water cost of enterprises.

Through the monitoring and analysis of pH, NH3-N, TN, TOC, and other indexes of RO membrane inlet and outlet water, biological oxidation, and two-stage filtration are used instead of ultrafiltration as RO pretreatment, which improves the stability of system operation and is popularized in similar power plants. According to the secondary effluent quality of urban sewage treatment plants and the water quality requirements of reuse water, the reuse scheme of municipal sewage is designed.

The functions of each part of the process flow are: 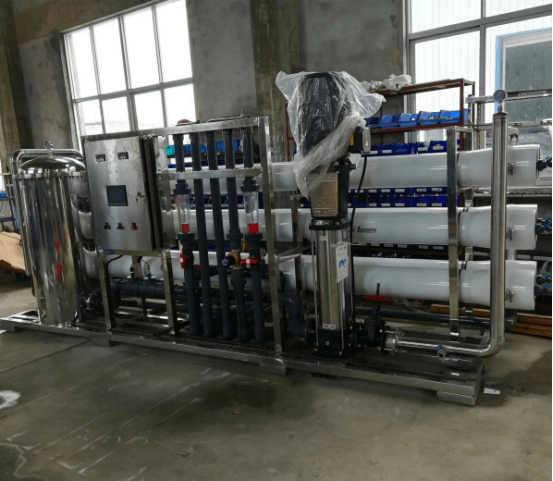 Due to objective factors such as pipeline transportation length, the municipal water supply treated by reverse osmosis can not be directly drunk after being transported to residential areas or public places. There are also trace microorganisms and bacteria in the water. Direct drinking will have a negative impact on people’s bodies. Therefore, before drinking directly, municipal water still needs to go through a purification process.

The portable reverse osmosis drinking water system developed by NEWater company can not only ensure the water quality for a long time but also has small volume and easy installation. 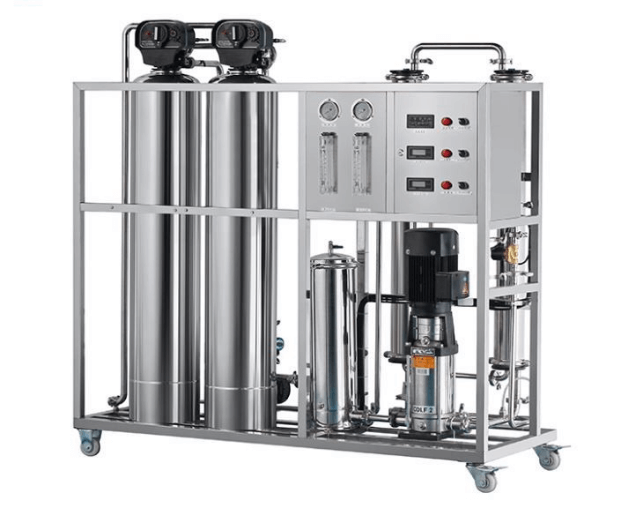 Another part of the wastewater generated from the reverse osmosis tank directly enters the raw water for recirculation treatment to make efficient use of the raw water.

Whether you work in a sewage treatment plant or care about the quality of drinking water, municipal water treatment is essential to ensure public health. Too many pollutants in the water will increase the possibility of various adverse health conditions and diseases.

At NEWater, we can provide you with a one-on-one solution for your reverse osmosis system. By implementing the right treatment process, municipal water can be provided with a healthy and safe source of freshwater, while reducing environmental pollution. Send inquiry now.